For a little place, donning my Nikes and running around the Patagonian town of Cochrane was a surprising adventure.

We’d been travelling hard in the camper van for over a week and I’d not been able to do much training, so I took the time in Cochrane to put in a few miles.

It’s a town that’s growing but as I ran out of our campsite, down the amusingly named ‘Doctor Steffens’ to the main square you would never know it.

Several jalopy motor cars stood long abandoned in tall grass on roadside verges, their seemed little activity early from the retailers and in fact there were very little people around in the centre – apart from the odd chicken swarking at me as I jogged close by.

A gang of street cleaners litter picking the verges along the river seemed bemused by my running past them – a strange mix of portly women and old men dressed in orange overalls armed with strimmers and black bags. I jogged on with a smile and a ‘Dias’.

Cochrane is a town that has an odd habit of sounding a loud emergency air siren at the start and end of the working day, with a noon call thrown in for good measure – just to keep the locals on their toes probably. It’s an odd practice that a number of Patagonian towns seem to employ.

The road led past a construction site for a new housing development, plastered in pro government advertisements. The sinic in me wondered whether these houses were a bit of a bung to the locals to get them to agree to the much opposed damming of the river nearby. 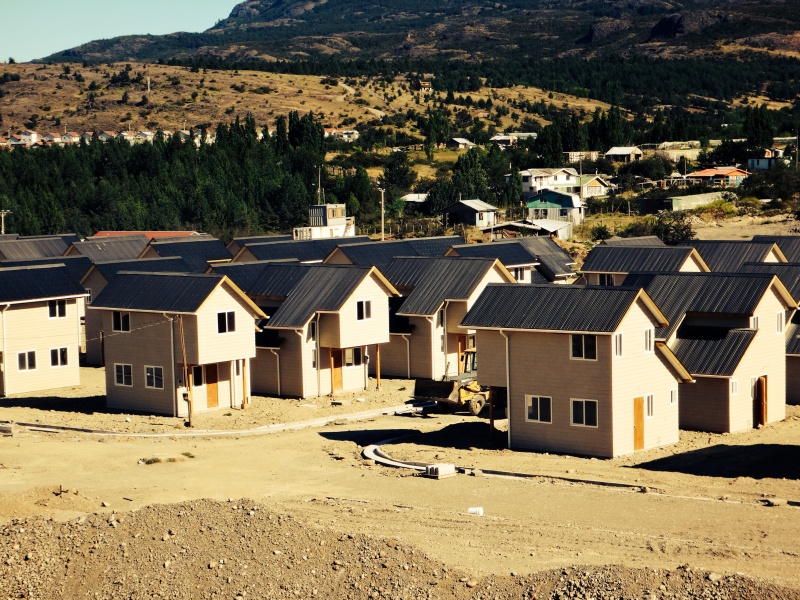 In fact there seemed to be a few spankingly new projects in Cochrane, including a new school and a gleaming fire station. I wonder!

Spluttering through plums of dust thrown up by the occasional car I headed up to a bridge spanning over Cochrane River which runs through the town – a tributary of the Baker River which cuts a swathe through Chilean Patagonia.

As I arrived at the bridge the beautiful slow moving emerald waters and serenity that flowed from them was only broken by a joiners hand saw being put to use on a nearby house in the early stages of construction.

Most of the houses here are timber framed and whilst cool in summer I have no idea how they keep the inhabitants warm in the harsh Patagonian winter. 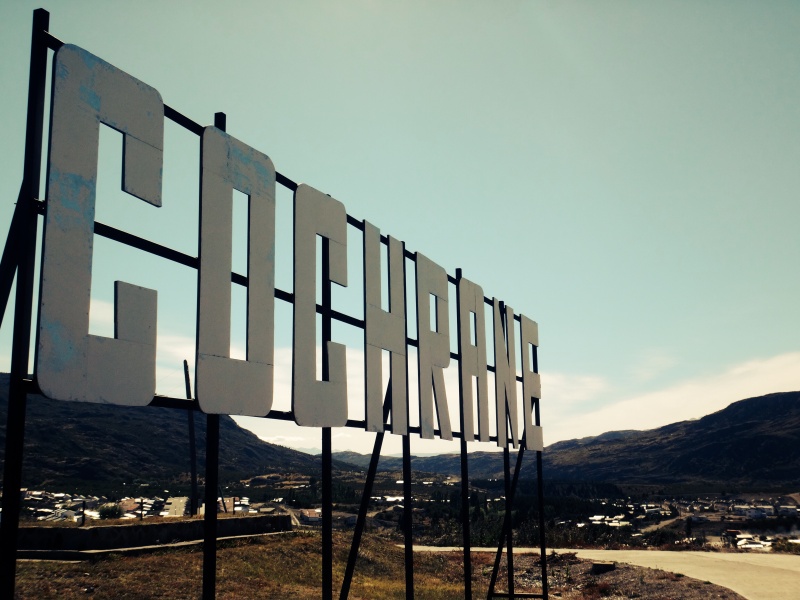 From here, I headed back past the housing site and up the ‘Hollywood’ hill to the Cochrane town sign. Proudly proclaiming the town and visible from virtually everywhere. I couldn’t resist a Rocky style sprint up the steps in front of it, arms aloft. A passing dog walker thought I was a nut case, she’s probably right!