We raced up Ruta 40 like mad men to the southern shores of Lago Buenos Aires to join the annual Cherry Festival, held at the apparently sleepy border town of Los Antiguos. To be honest I’m not sure what we expected but it turned out the festival is more about booze and gaucho rodeo than cherries.

We arrived in the early evening to a small town literally stretching at the seams. The municipal and makeshift campsites were already rammed full with the well oiled masses.

An attempt to find a pitch on the municipal campsite only resulted in us being immersed in chaotic dusk scenes of massive Asado’s, crowds of the ‘fernet fuelled’ and sound clashes of ropey chilean/argentine dance music. It was like turning up at 2am on a Saturday morning at Glastonbury. Pure bedlam.

Wisely, we decided a sheltered spot on the road outside the campsite was a better place to survive the night, deciding to save our beer tokens and energy for the following day.

In search of cherries we headed into the main arena the following lunchtime to find the start of what was a spectacular competition of gaucho rodeo known locally as ‘The Jineteada’. 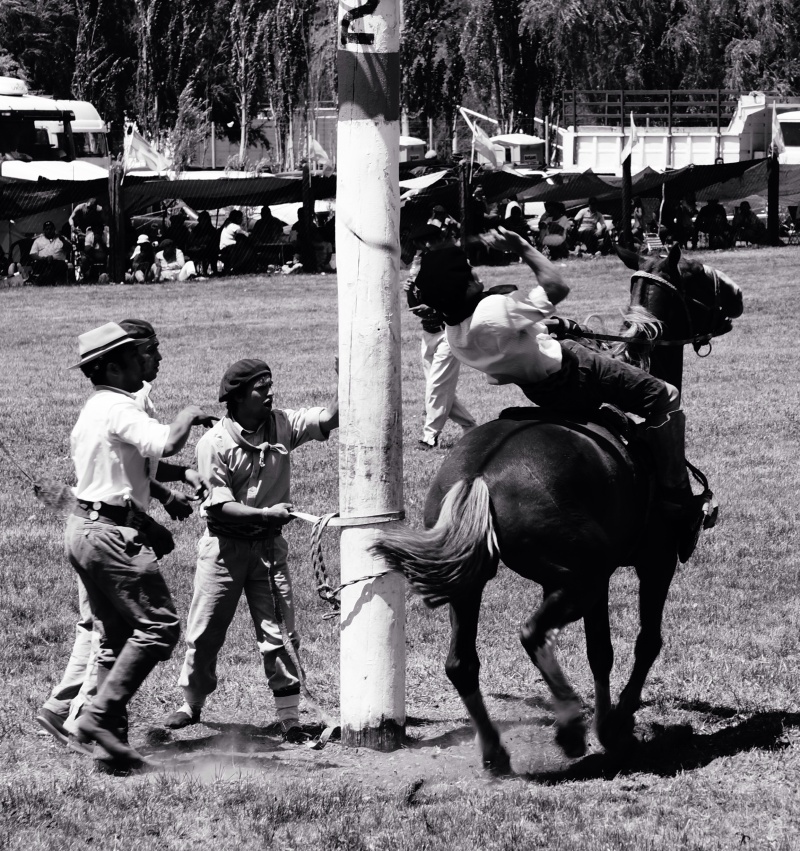 I’d never see anything like it. Horses plunked from a corral, tied to a post, blindfolded, cajoled into a distressed frenzy then let loose with gaucho aboard. To our western eyes this practice seemed to challenge our knowledge of good animal welfare although we saw no horses visibly hurt whilst we attended.

The same can not be said for the gauchos. Entranced by the potential winnings equating to what we were told was over 2 years salary risked their life and livelihood for the prize. 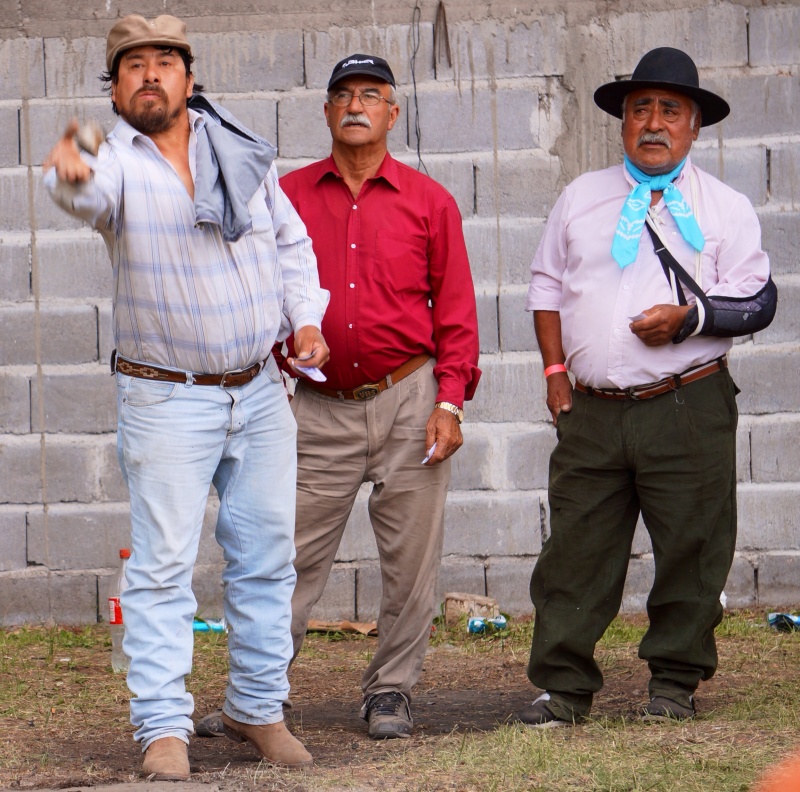 With the Colosseum like crowd baying for action and veteran gauchos playing ‘the taba’ in the outfield (a sort of gaucho French balls played with animal bones!) Cheers were promptly replaced by worried on looks on as several gauchos succumbed to being dragged along like rag dolls and were subsequently carted off in emergency ambulances. Their fate unknown to us but with surely at least a multitude of broken bones and a livelihood and income in the balance or worst.

Despite the clear and apparent dangers, the gauchos kept getting on in an attempt to be the victor of this knock out competition. Backed on stage by an incessant local thigh slapping band those lead singer’s job was also to provide commentary on the rides. And with the commentator’s style of description based on ohh’s, arr’s and a rye laugh when it looked the horse would throw the rider this was a red-blooded spectacle.

We left as the sun began to fall with competition apparently far from concluded but with crystal lager following in traditionally dressed crowds. The eventual winner? I have no idea but on our walk home several more ambulances raced past with the gladiatorial injured. As for the cherries? Yes we did find some and they were pretty nice too!

It’s what the festival’s all about!

Gallery of all images below:

It’s what the festival’s all about!