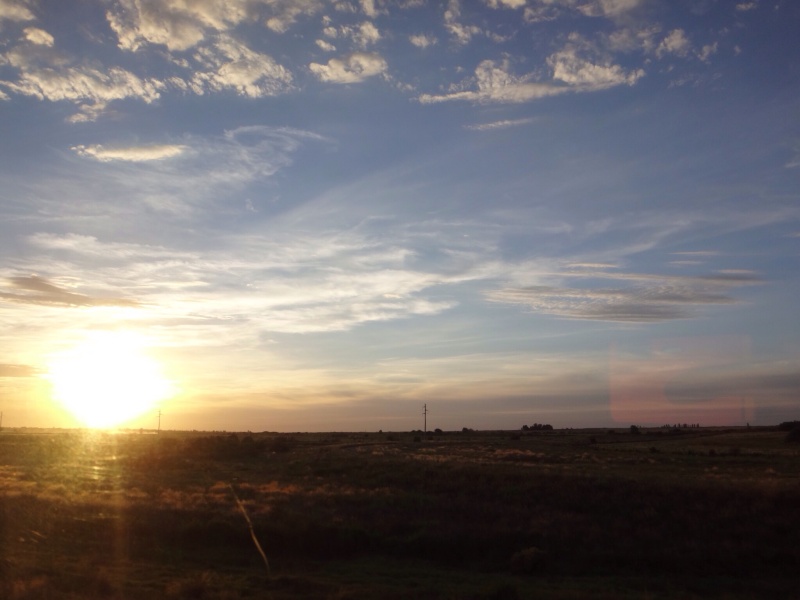 Sunrise from the bus window

As I woke from the overnight journey south from BA, the bus driver seemly nursing a gearbox problem, the vastness of Patagonia stretched out in front of me with a beautiful sunrise to boot. We had been lucky enough to secure the front seats on the top of the bus with the large window screen providing a great vantage point for a landscape that I’ve read so much about but now was actually here!

Most of the bus was still asleep, blissfully unaware of the coach drivers toils or the day’s wonderful introduction, laid back on their semi cama ‘sort of leather’ seats, catching flys. The curtains for the most part drawn throughout the upper coach. But how could they miss this? 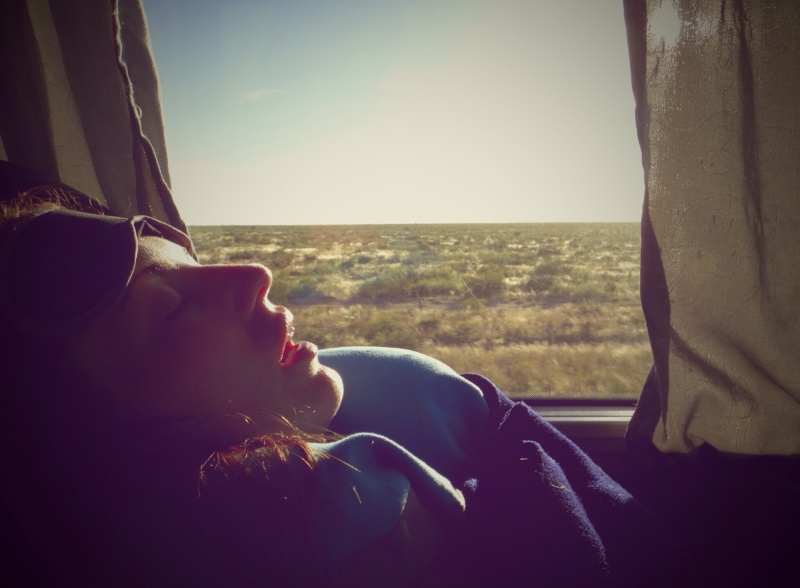 A young staff member came to occupy the vacant seat next to us an wanted to catch a wink with the curtains closed, I pertained I didn’t understand what he wanted me to do. I wasn’t going to miss this.

A bill board of a running buffalo sat on the hill top in front of us and I managed to grab the camera to take a shot.

He fell to sleep immediately anyway, I wasn’t sure whether the bus playing up had made us late to arrive at our destination – Puerto Madryn at the scheduled 9:15am. I court sight of a road-sign that said Trelew 520km. From memory I recalled this place to be just north of Puerto, so were we late?

“We’re on the road to nowhere…”

Probably! But to be honest it didn’t matter, and somehow it had taken me to until this moment and the first view of the seemly never ending horizon to realise that. It was our journey, it didn’t matter if a bus was on time or not, it didn’t matter if we continued to travel along in the same gear or not. These were our travels and there was no stress. We were in Patagonia and dreams were coming true.

Although I could murder a proper cup of tea and a bacon sandwich like my dad used to make me on a Sunday morning back home!

“We’re on the road to nowhere…”

Sunrise from the bus window